As creative lead on Three in the Nordics we got the task to help turn Three's negative image around and convince city dwellers to choose Three as their mobile operator.

We started by launching Three Collect (Tre Samla) that allowed users to add anyone to their plan for only 99 kr/month. Our creative approach was that with such a sweet deal, not only your family, but literally everyone wants to have a piece of you (and your plan).

Three has a bad reputation by the general public in the nordics, but not among its employees. For the sixth year in a row, Tre has been named one of Sweden's ten best workplaces when Great Place to Work presents its annual list.

To let loose Three's hidden niceness we created the creative concept "Trevligt" (Nice) that aims to show just how "trevliga" Three really is. 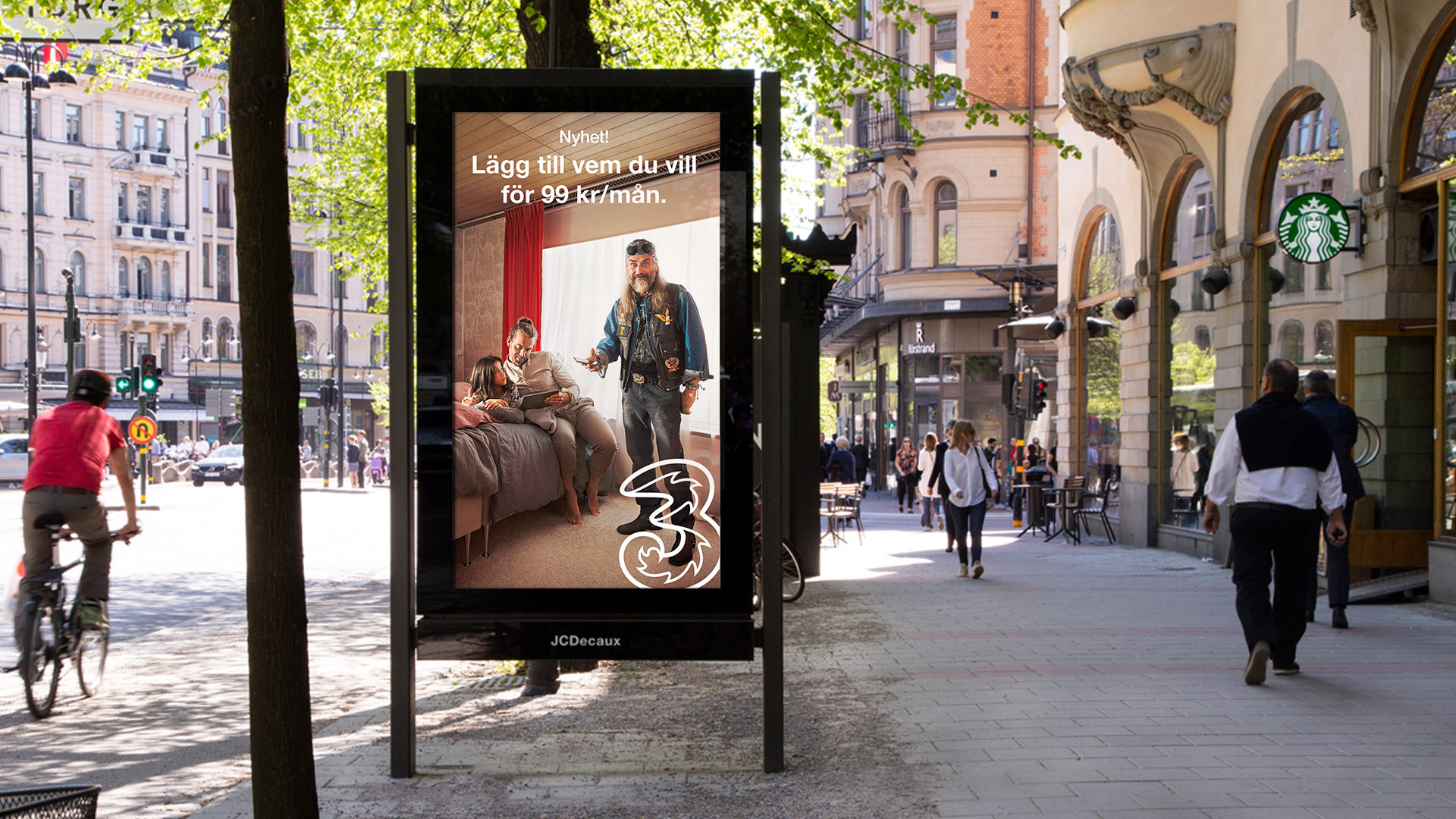 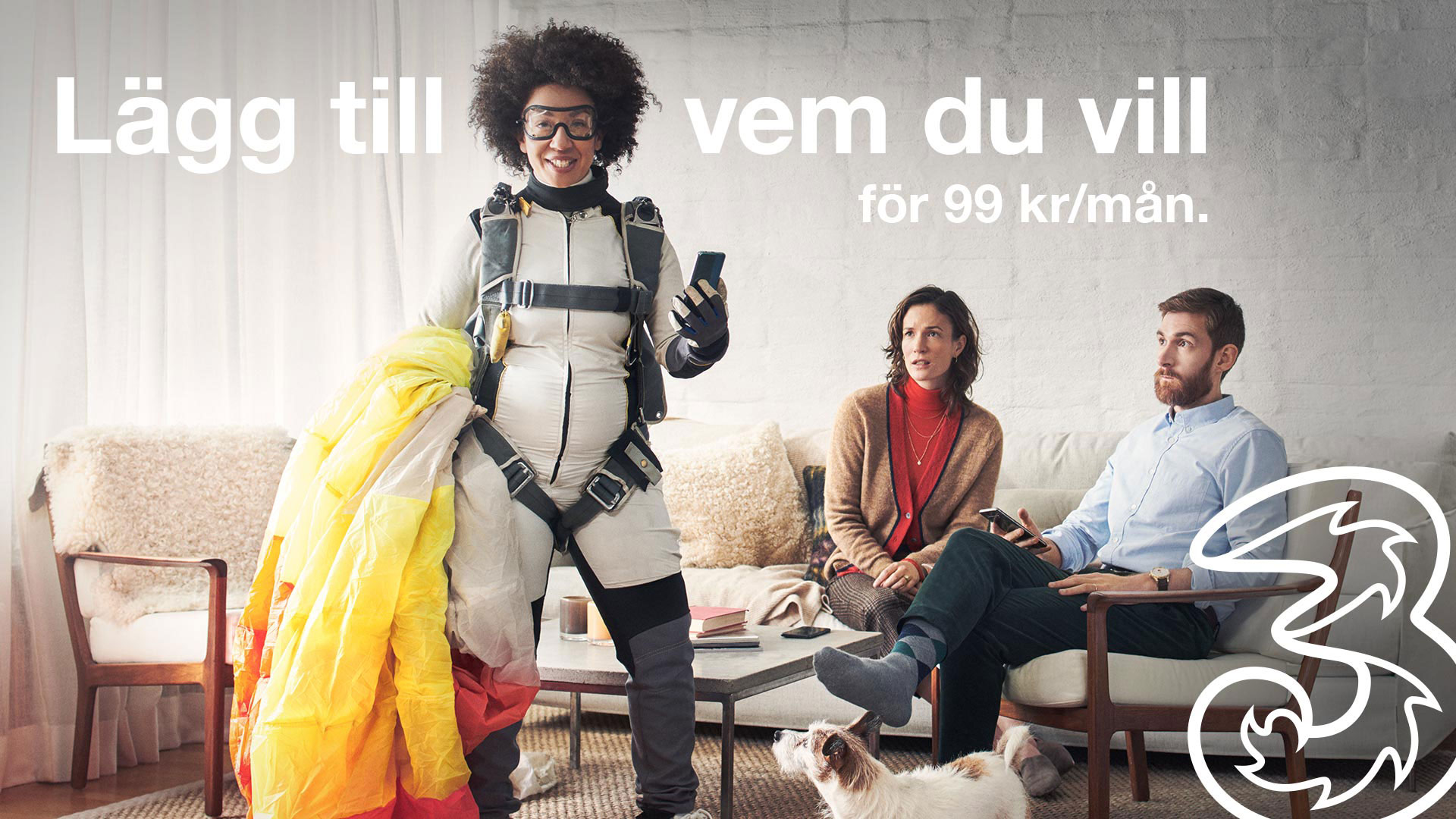 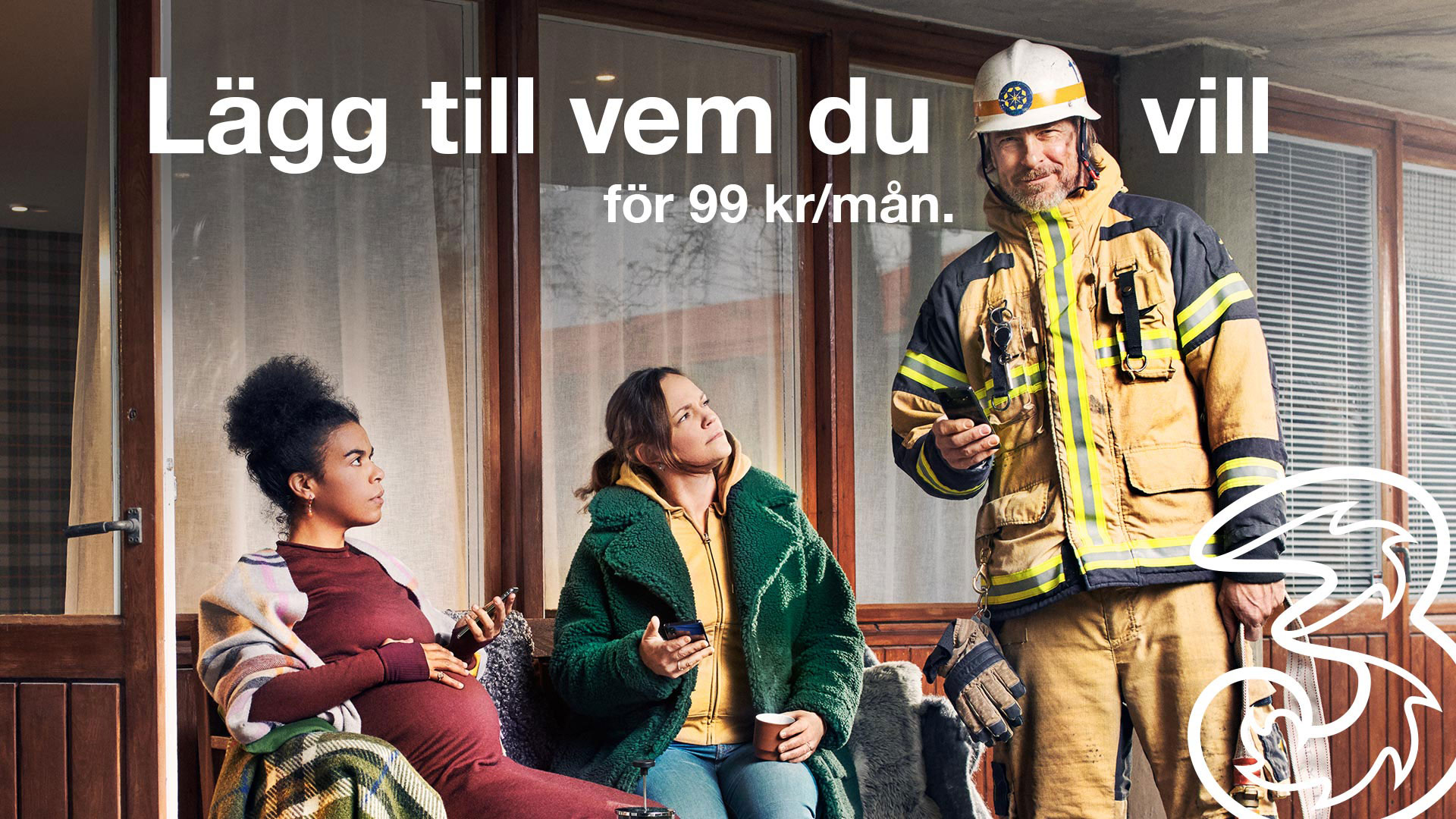 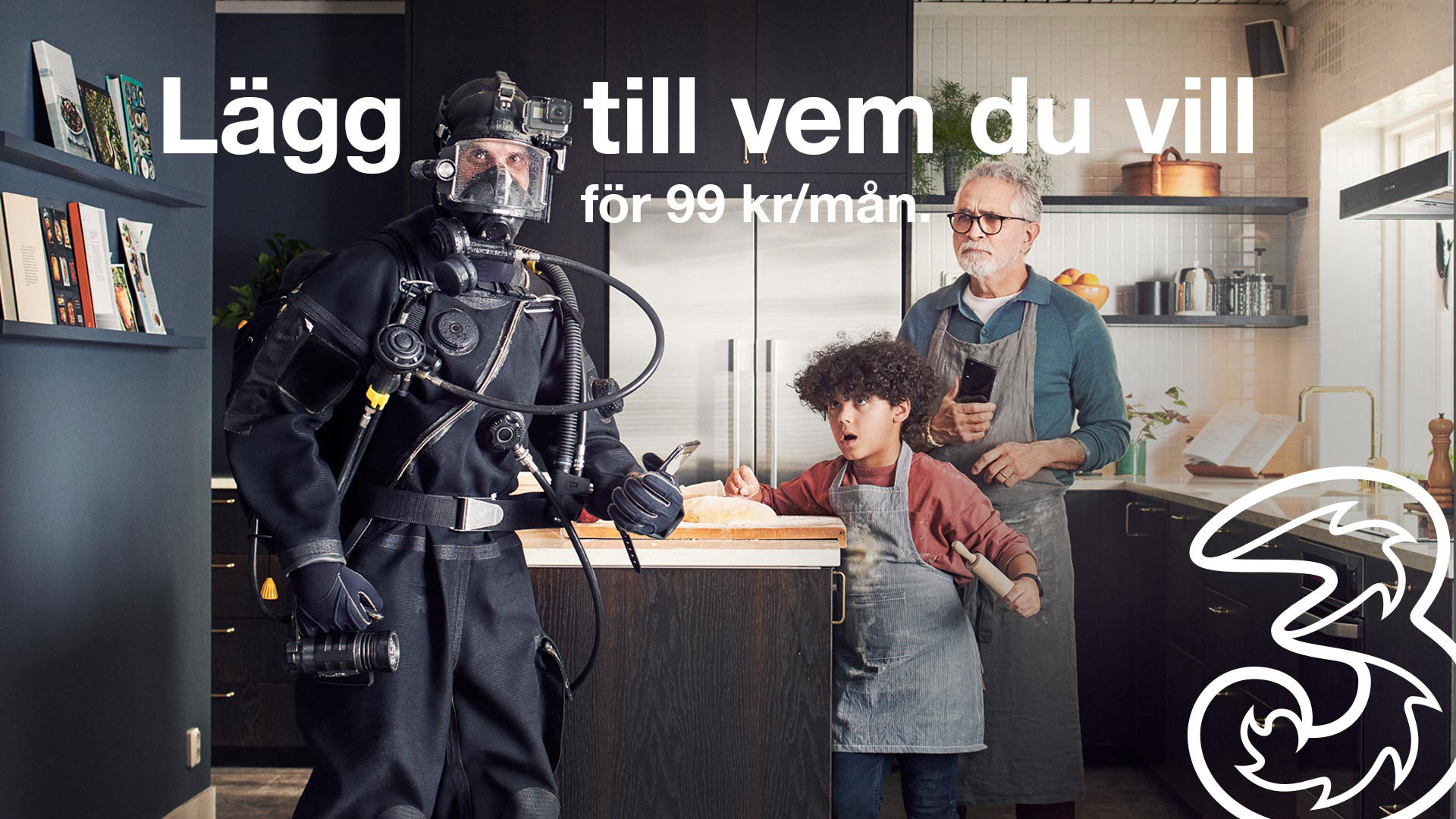 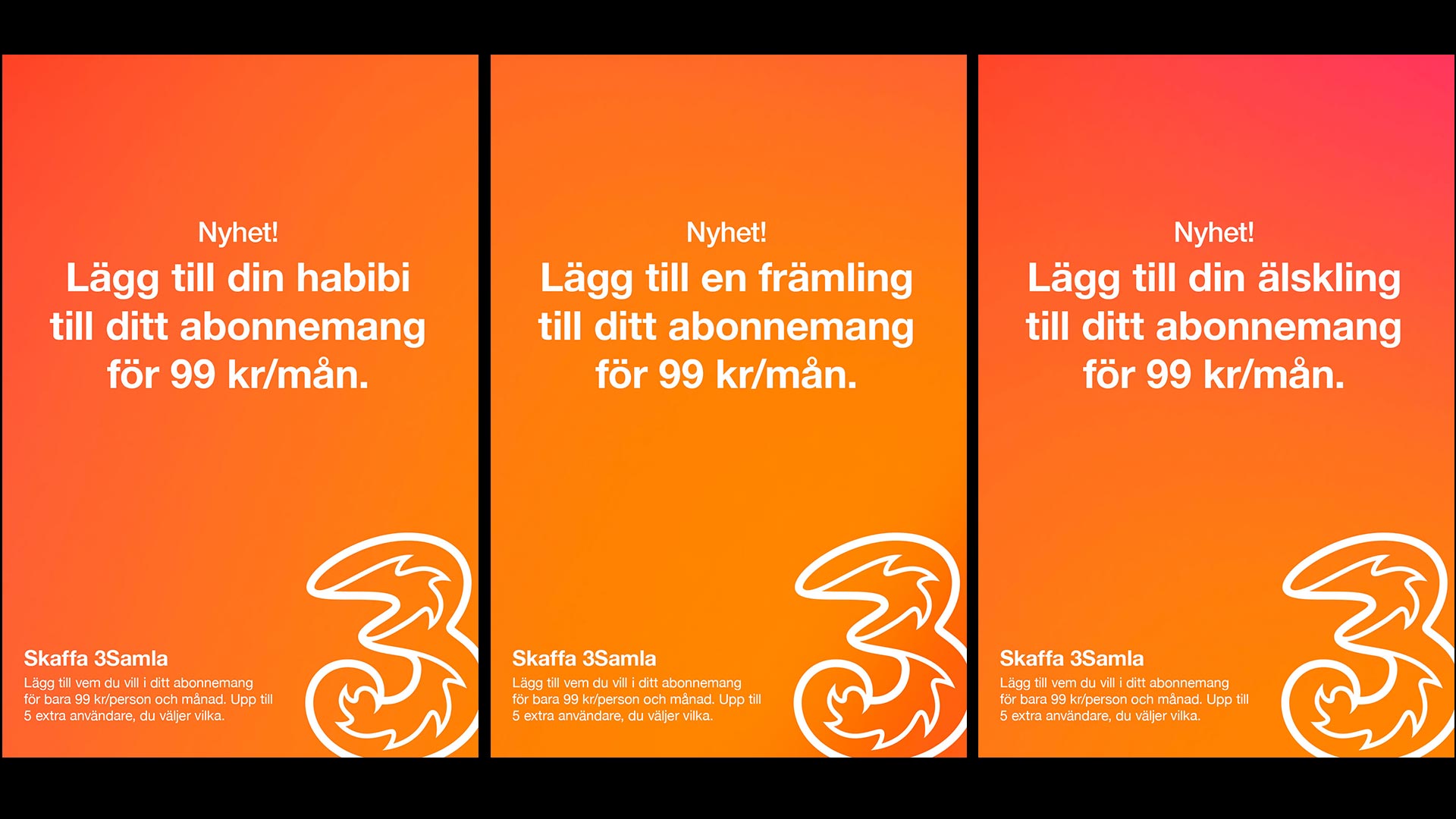 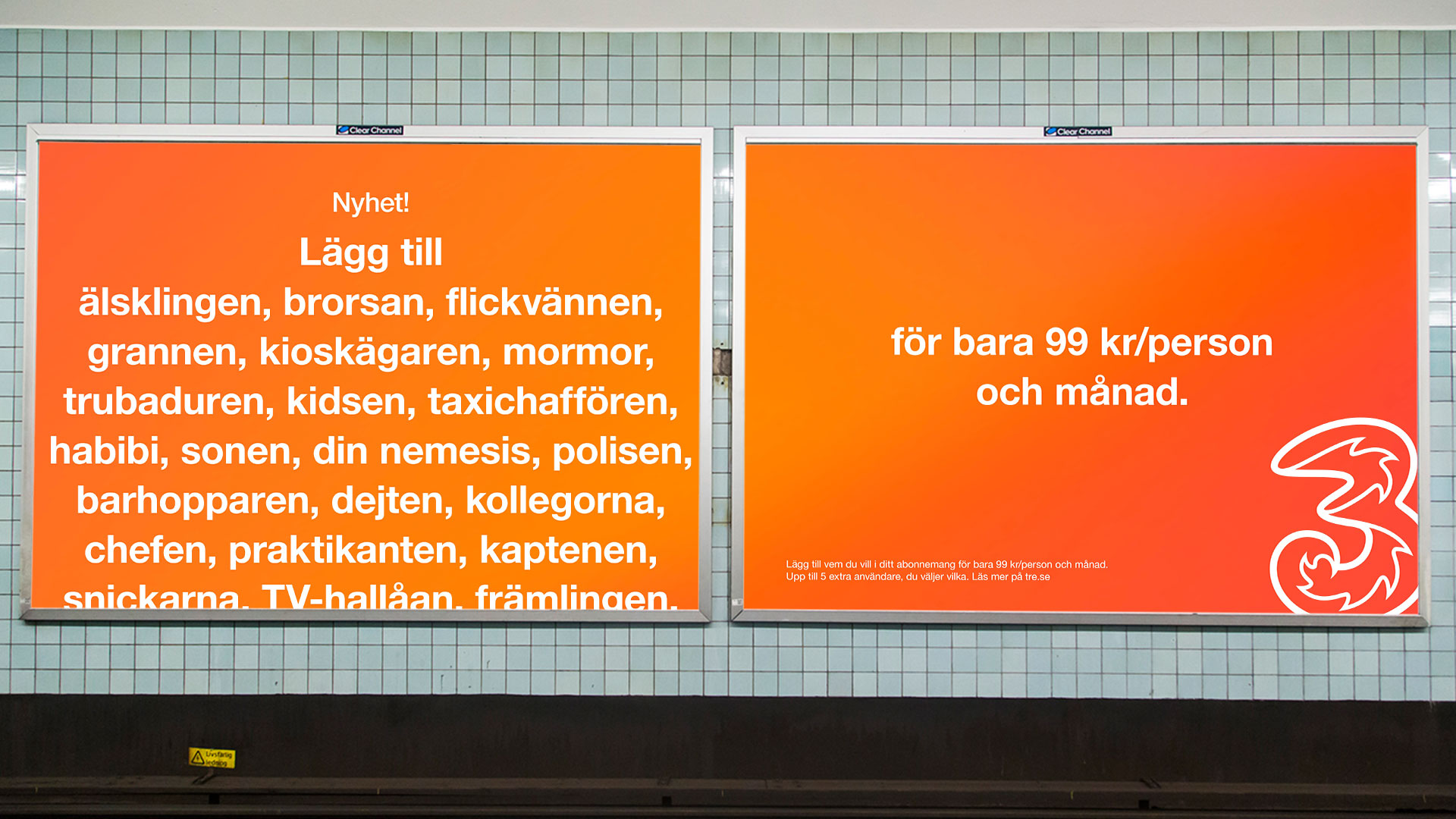 After the launch of Tre Samla we set to work on a new creative concept for Three with the goal to turn around the bad image of the company held by the public.

How do we give a operator without any real benefits over the others a communicative edge? It turns out Three might not be very well regarded among the public, but very well liked among its employees because of its nice (trevliga) internal culture. From this we came up with the concept "Trevligt", meaning nice in Swedish. A concept where we aim to make Three the most "trevliga" mobile operator in the nordics by being "trevliga" in everything we do, from services, attitude to plans.

Films made by Johan Holmström and Rickard Holst.